Download Astro
Before choosing a service, one question that often pops up in our mind is – are VPNs legal?
Well, there is an ongoing debate on the status of VPNs. But the short answer is – they are legal, depending on the country you reside in.
VPNs were originally used for ensuring the security of businesses, organizations and the government. However, over time, VPNs are also being used for malicious and mysterious activities, including illegal file sharing, hacking, cyberstalking, building selling or downloading the dark web and so on. This has led various governments and countries to ban the use of VPNs and have declared them illegal.
So, is VPN illegal in your country? Let’s find out.
Countries where VPNs are illegal 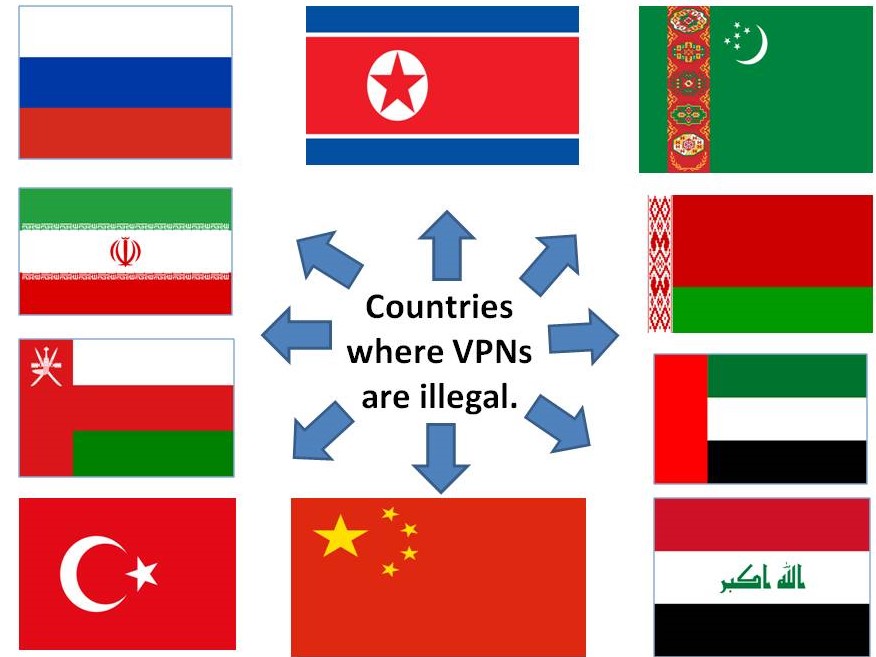 • China
Although China has not banned the use of VPN services completely, you are only allowed to use government-approved VPNs, which means allowing the Chinese government to have an eye over your internet activities, which in turn, defeats the entire purpose of using a VPN.
• Russia
Russia is another country which has only allowed government approved VPNs. The law is so strict that if you are found to be using a VPN which isn’t approved by the government, you might get caught and imposed with various penalties. For instance, a penalty of $12,000 for the service provider and $5,100 for the user.
• Iran
Following along the same lines, Iran also allows only government-approved VPNs. Furthermore, if you are found to be using a VPN that is not compliant with their laws, you might have to face 91 days or up to 1 year of incarceration.
However, it is worth mentioning here that arrests happening due to this are very rare because the Iranian government is against its opposers and doesn’t harm the regular netizens who use VPN, maybe for browsing Facebook.
• United Arab Emirates
UAE imposes a fine of up to $40,000 or punishes the person if he is found guilty of using a fraudulent IP address to commit a crime. Furthermore, you might attract a penalty if you use VPN for accessing Skype.
Nevertheless, these restrictions are only imposed on individuals, whereas banks, institutions and companies are allowed to use VPNs.
• Oman
Oman only allows individuals to use government-approved VPNs or else you might be imposed with a fine of 500 Omani Rial which is equivalent to $1300. Moreover, companies operating without a proper permit can also face the heat and get punished with Omani Rial 1,000 or $2,600.
• Turkey
Turkey has completely restricted the use of VPNs but do not worry. You can still use certain VPNs that are available to circumvent the block imposed by the government.
• Iraq
Iraq has completely banned the use of VPNs to prevent terrorists and ISIS from manipulating social media. In addition, Iraq has also banned chat apps and social media. Government officials and institutions however, are allowed to use such services, without breaking any laws.
• North Korea
Needless to say and known for its conservative policies, the government has banned the use of VPN's completely. However, tourists are allowed to use VPN software. What’s more? North Korea has also banned the use of the Internet when its diplomats are abroad.
• Turkmenistan
This is yet another country which has blocked the use of VPN's and proxy servers. In addition, users found to be using such services are summoned by the Ministry of National Security.
• Belarus
In addition to blocking VPN services, Belarus has also blocked various foreign websites to its citizens. Thus, you cannot access a VPN in Belarus and go against the laws which might lead to possible fines.
Can You Be Fined For Using A VPN?
Well, no! Until and unless you live in a country which restricts or bans the use of the internet, you will not face any penalty for using a VPN. However, in countries where VPNs are allowed, you could face prosecution if you have been found to be involved in unlawful activities.
Furthermore, using a VPN might not come to your rescue in criminal cases either. Additionally, most VPNs do record the logs, and can provide the requested information to the authorities if requested.
Thus, all in all, if you are using VPN for entertainment purposes and reside in a country which has not blocked, banned or restricted the use of VPN's, you would not be fined for using one.